Bay Area Transportation Advocacy | TransForm: "The Bay Area deserves a world class transportation system with fast, frequent, reliable and affordable transit and safe routes for walking and biking. Achieving a robust network of choices will ensure that the nearly two million residents who don’t drive can meet their daily needs. A cost-effective and reliable transportation system will help to keep the Bay Area affordable for working families as they’re able to put more money in the bank, not the gas tank. Quality travel options will give everyone, including people in cars, more time by reducing congestion. And, a world-class transit system will help us all breathe cleaner air and will push back on a changing climate." 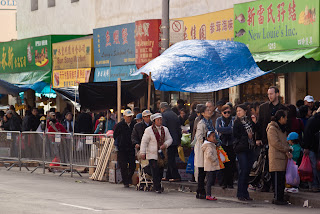 To Boost Shopping in Chinatown, SF Brings Back Ban on Car Parking | Streetsblog San Francisco: "In San Francisco’s Chinatown, removing car parking is great for business."
at 4:51 AM No comments:

California could be next oil boom state - Jan. 14, 2013: "In fact, the Monterey is thought to hold over 400 billion barrels of oil, according to the U.S. Geological Survey. That's nearly half the conventional oil in all of Saudi Arabia."

IPS – Experts Fear Collapse of Global Civilisation | Inter Press Service: "We’re facing a future where billions will likely die, and yet little is being done to avoid certain disaster, he said."

Included in the package of tax increases was the restoration of a commuter benefits program that allows workers to pay for up to $240 of their monthly transit costs with pre-tax dollars. Transit passengers could exempt up to $1,500 of their annual commute costs from taxes as a result of the legislation.

Read more at the San Francisco Examiner: http://www.sfexaminer.com/local/transportation/2013/01/transit-benefits-package-unexpectedly-included-fiscal-cliff-deal#ixzz2H7eqXwvZ
at 9:11 AM No comments:

The economics of oil dependence: a glass ceiling to recovery | the new economics foundation:
comment by Mandy Meikle
The best analogy I've heard for our current reality is that of Wile E. Coyote flapping his arms, hoping for flight, long after having run off the edge of the cliff. His look of bemusement at being unable to break the laws of physics is a key part of the analogy for me.

Fossil fuels are a vast, one-off bank of energy which we have drained in the pursuit of industrial capitalism. In just 15 decades, we've gone from an abundance of cheap and easy shallow onshore reserves of good quality oil to kidding ourselves that tar sand oil and shale gas are just the same as conventional oil & gas. Flap! The energy bank is now struggling to pay out what we require to keep growth economics growing. Flap, flap! We refuse to reduce energy demand (for that's what's needed, not just reducing carbon emissions) and we carry on hoping for some technological breakthrough. But technology uses energy, it doesn't create it. Uh-oh! All renewable devices have a fossil fuel input and it doesn't take a mathematical genius to know that biofuels grown today can never release an amount of energy comparable to that contained within fossil fuels, which took millions of years to form. At this point, Coyote waves solemnly and plummets.

So I think we are in freefall, just beginning to wonder if the environmentalists might be onto something. Unlike Coyote, we can make the landing softer - IF we accept the laws of physics and work to change how we live. A shock can sometimes bring us to our senses but I fear we may hit the ground first.
at 2:07 PM No comments: